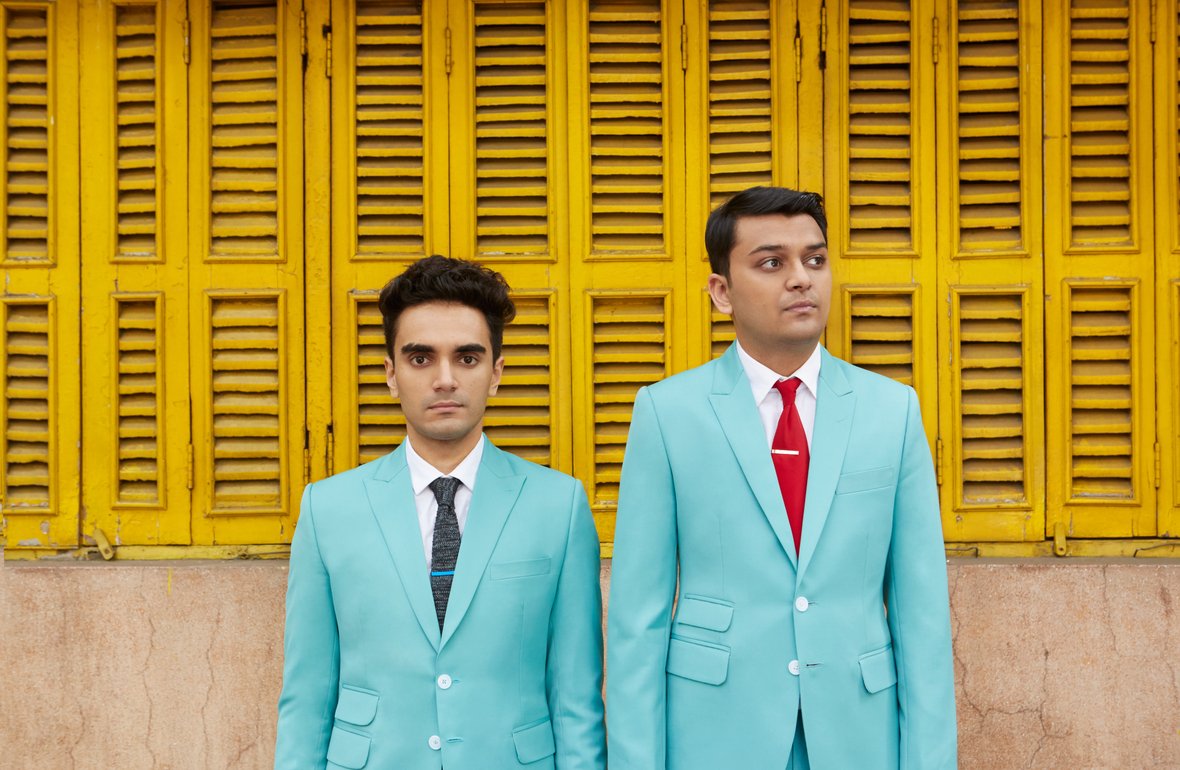 “Initially, the duo performed under the banner of Nischay Parekh in 2011. Although it was ostensibly Parekh’s solo project, Singh was a constant collaborator and appeared alongside Parekh for photos and performances. They released an album, Ocean, independently in 2013. The album featured contributions from Singh on drums and percussion, Pedro Zappa on bass and George Matthew Dylan Varner-Hartley (AKA George Dylan) on piano and keyboards. Ocean was well-received in India, with Rolling Stone India naming it as one of the best Indian albums of the year. The duo were then briefly known as Zap in 2014, before changing their name to Parekh & Singh; inspired by acts such as Simon & Garfunkel and Hall & Oates By this point, Zappa had moved on to other projects and Varner-Hartley had relocated to Canada; thus officially making the project a duo again.” ~Wiki

They re-released Ocean under the new name in October 2016 on Peacefrog Records, after inking a 5-album deal with the British indie label known for producing a variety of electronic music, as well as artists such as José González and Little Dragon.

Here’s a taster to get you started~

On their first single I Love You Baby, I Love You Doll, Parekh & Singh successfully combine a retro vibe with an indie pop sound. The accompanying music video, with its Wes Anderson-influenced aesthetic, has garnered over 700,000 views on Youtube and caught the attention of the director himself

The generous use of echo on this live version of Ocean really elevates the song and pairs perfectly with its neat groove:

Parekh & Singh’s catalog is peppered with psychedelic, AnCo-esque tidbits too, like on Hill:

Secrets is a quaint track, with its descending melody and heady breakdown:

Certainly, their winsome, effective pop hooks along with delicately layered instrumentation work really well in capturing that hummable, mellow and delicious sound. Parekh & Singh are a breath of fresh air. While their whimsical yet simplistic lyrics are nothing to write home about, the duo’s infectious pop sensibilities make for some clean, easy listening. So if that’s your kind of thing, they will delight and charm your socks off!

If you like them, consider checking out: Run It’s The Kid, a self-professed moody waltz band from New Delhi