Star Wars: The Last Jedi, the eighth instalment in the Star Wars series was released on the 15th of December and with little surprise, has blasted off all the movies to top the box office. And this was predictable, for it to be a huge critical and economical success but it did not come without surprises. Unfortunately, though, the surprise I’m referring to is not good at all and speaks a lot about today’s cinema-goers. And that is, its failure to please the audience.

A day after its wide-release, Rotten Tomatoes reported it to have bad audience score of 56% and that obviously came off as a surprise for most people. Because the critics said it was a great movie, I watched it and loved it a lot and most (emphasis on the ’most’ part) of those I know had a positive feeling about this.

So, what is it that people disliked so much about it to give it such a low score? And what does it mean for the series itself? Needless to mention, spoilers ahead —

Over the past forty years, Star Wars created a fame for itself by structuring new designs for story-telling and using them as recurring chords similar to poetry. It formed an idea where a single trilogy used the three-act format twice.

Each movie having its own introduction, conflict and resolve while the entire trilogy working in the same fashion. A New Hope being an introduction to the world, Empire Strikes Back revealing the major conflict and the Return of the Jedi giving us a resolve. And the Prequel trilogy followed pretty much the same rule, providing us musical and metaphorical cues that mirrored the prequel movies in a way that both of them rhymed.

This one, the Sequel trilogy, did this in the first movie, which introduced us to new characters and era, and did everything that first act should do. However, The Last Jedi, which was expected to follow up on that by becoming the Second act by giving us a real conflict played its cards most daringly. It gave us both Conflict and the resolve of a kind in the same movie.

Even in the structural sense, it felt more reminiscent of the Dunkirk or Blade Runner 2049 rather than the Star Wars design. And this broke the rules and expectations the casual and avid viewers went in for. While the movie was amazing and beautiful, it did not deliver the style the audience expected.

Now, mind you, I loved this movie as much as I did precisely because it was unconventional, and with that in mind, let us move on.

The reason I made a different pod for this subject is that it wasn’t only the structural uniquity that played its part here, but the fact that even the tone and visuals it played were not what we would see in a Star Wars movie. Be that the grumpiness of Luke Skywalker, or the lone rebel being wrong, or a terrifyingly bleak third act, or the death of Snoke with no clear answers to his identity.

All of this built up to make fans question everything they knew about the Star Wars universe, not to mention the new force-tricks we came across.

Though again, even if it’s not a bad thing to make something inventive, but doing so with a franchise bigger than the most in a way that movie remains barely crowd-pleasing is a big risk to take. The Last Jedi took that risk and did the best it could with that chance.

Canto Bight was something of a detour from the problem these people were facing to visit a casino world for a side-mission that made enough sense to be plausible but not enough to appreciable.

Finn and Rose going there on a mission, facing obstacles and coming out held little weight in the story. It was an arc that provided little of meaning to the bigger picture, and then again, it also provided meaning to many incidents that followed.

But the biggest reason it DID NOT work is how much it bogged down the pacing of the story. Where there was an intense chase going on between the Empire and the Resistance, and Rey was learning more and more about the force and the Jedi, what did our remaining heroes do? They got captured, released Del Toro only to be betrayed and fuck up the entire plan Poe had in his mind and not even those cute creatures could make up for all of it.

It was something that needed to be there but also hurt everything around it, like a necessary evil. But again, it hurt the movie nonetheless. 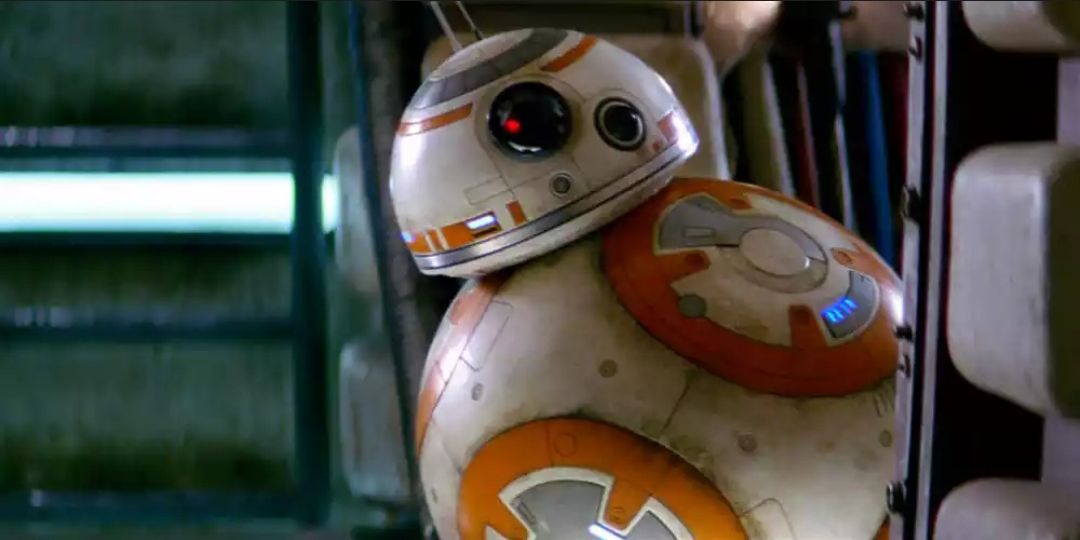 The very first exchange between Poe and Hux was a bloody comic sequence. Was it good? Yes. Did it serve a purpose? Yes. Was it necessary? Kind of. But did the entire plethora of jokes that the movie served just as good? Not at all, and this irritated me a lot, and I think a lot many other people as well.

With the Marvel movies making their movies ever-comical, and big dishes like Justice League being outright comedies, it’s kind of a surprise that no one expected Star Wars’ new movie to have a bunch of it. Because, with all the things that Rian did right, he forgot that comedy isn’t something one considers when fighting against the first order, it’s reserved for the end of an entire civilisation or alien invasions.

Jokes aside, I don’t feel that making Star Wars sequences in a fashion of slapstick comedy would bode well for anyone. However good those jokes maybe, they bog down the tension of that sequence. Similar is the situation of the inarguably cute Porgs, who were there in the movie only to make the toy sales rocket and give minor comic relief, not something that one wanted.

Nevertheless, it disappointed a lot of moviegoers that went in for a Star Wars movie instead of a Disney one, but eh, this point might not be that heavy of a decision maker after all. Maybe I just put it in for its own sake like most of the jokes in this movie. But that’s, like, what I did and what I thought, so there it is.

5) PLAYING WITH THE VIEWERS MIND WITHOUT GIVING REWARDS

This one is a little tricky. Now, it’s not really a criticism against the movie itself, more to the way they presented the mysteries.

The Star Wars is something that has always sparked conversations over minor details in the Galaxy, and the new trilogy marketed itself on the very idea of giving us a boatload of mysteries to explore and identities to discover. But tragically enough, it failed to pay off on any of them.

All the questions about Snoke’s identity, Rey’s parents, remained unexplored. And the answers that we got were from questionable sources with little fact or intrigue to them.

It gave the viewers a feeling of being cheated upon, by making them scour through Wookieepedia pages, novels, comic books just to get a hint as to what the hell was that (insert the identity and the mystery in question) to no avail.
And even though it may serve a purpose in the overall story, tricking your audience in such a cheap manner never works out.

After going through all of these arguments, I’m sure that you think I must hate this movie. Au contraire, I loved it a lot. Enough, at the very least, to spend two hours on writing this article critiquing only on where it failed to impress its viewers. For to love a piece of art is not the same as not criticising it for where it fell short and endlessly gushing over it but to embrace those flaws and enjoying it the way it is.

It is obvious that this movie will go down in the annals of history as one of the highest grossing films, for as long as it may stand. But if there is one thing that low score shows us about today’s audience is how terrified they are of the change in tone and design of the blockbuster movies; that flicks like Blade Runner 2049 earns barely enough to make up for the investment made and The Last Jedi gets 56% audience score.

If this is the path cinematic experience is bound to take, if this is how the conventions are meant to destroy innovations, it is not an exaggeration anymore to call cinema a dying art.