‘The Get Down’ is the newest addition to the long list of Netlfix original Dramas. The series is a period drama centered around the turbulent state of the late ’70s South Bronx and the birth of the DJ/MC turntabling trend which evolved into hip-hop as we know today. The Series is created by Baz Luhrmann (Director of The Great Gatsby) and makes a beautiful show with a great direction. The show is fun and will keep you engaged.

The show is not released in Netflix’s usual style of releasing the whole season at once. It is getting released in two parts. The 1st part consisting of 6 episodes is only out.

The Get Down begins each episode with a song from a mainstream 1996 rap concert, with our MC – who might be an older version of the our story’s central hero – acting as a narrator.The Get Down is able to show the problems faced by the characters without making the series grim. The Get Down is fresh and full of almost instantly likable characters.

The show tells the story of two Bronx orphans, Ezekiel “Books” Figuero (Justice Smith) and Shaolin Fantastic (Shameik Moore). The lengthy pilot episode works to set up the story wherein Zeke and Shaolin, through violent happenstance, are brought together. 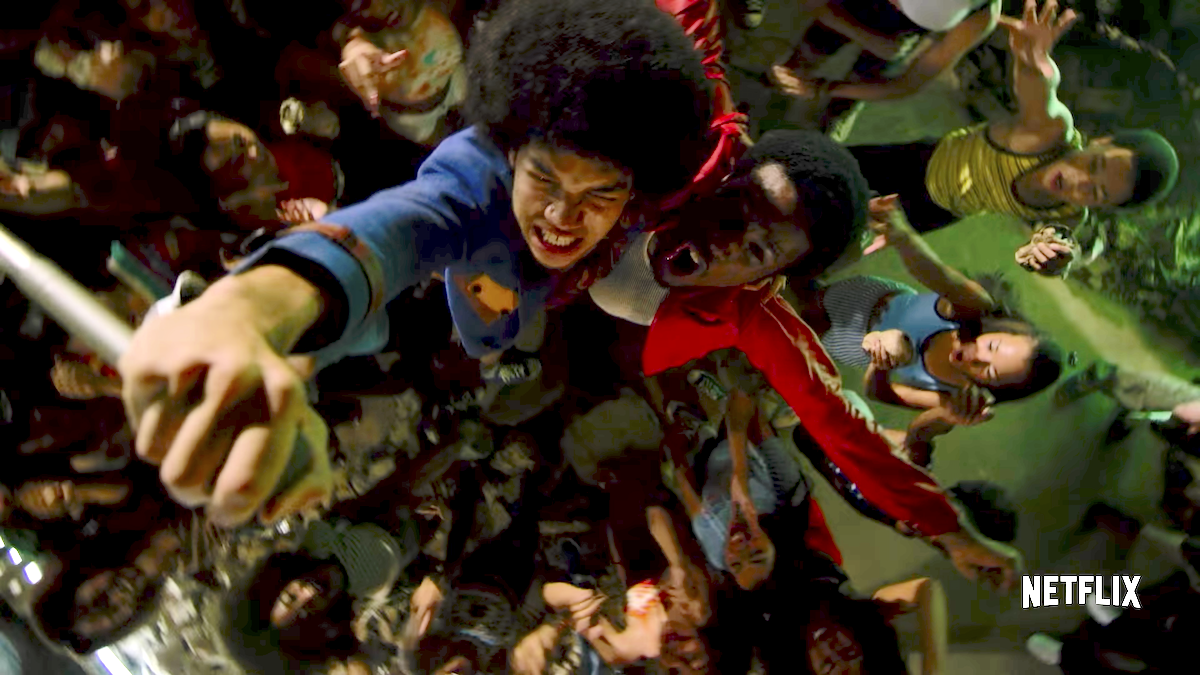 A political upstart named Ed Koch (Frank Wood) challenges Mayor Beame’s gross mismanagement of the city while shady Bronx leader Francisco “Papa Fuerte” Cruz (Jimmy Smits) seeks to rescue his people from poverty and forced oblivion. All of this gives Luhrmann wildly colorful and violently vibrant backdrop to play around in while showing us a startup DJ scene that includes real life names like Grandmaster Flash (Mamoudou Athie), DJ Kool Herc, and more. Those two hip-hop pioneers, by the way, also served as consultants on the show.

It’s a show that gets better as it goes along and brings to the audience a solid story for which they will root for. Don’t wait and start binge watching it.

The Get Down REVIEW: New Netflix TV Series Hits All The Right Notes
The Get Down is infectiously fun and a love letter to the origins of Hip-Hop culture.
Creativity85%
Plot74%
Characters80%
Music & Sound Effects100%
Cinematography & Special Effects80%
Entertainment Value94%
Thumbs Up
Thumbs Down
2016-09-24
86%Overall Score
Reader Rating: (0 Votes)
0%